This week is Action for Brain Injury Week which is an annual event organised by Headway, a leading charity supporting brain injured people.

This year’s theme is to raise awareness of fatigue which is a common symptom for those with brain injury. It can be one of the most disabling symptoms which are present in brain injured patients. It constrains daily life and can have an impact on the rehabilitation process. This can be due to an increased chance of infections which a fatigued body is prone to or simply due to lack of motivation/energy and frustration caused by fatigue.

Reportedly, the majority of people who sustain traumatic brain injury suffer from fatigue for many years. In the most serious cases, this symptom is permanent and can only be managed by appropriate treatment. This is why suitable medical intervention to address fatigue can make a world of a difference on the physical rehabilitation process.

Fatigue is to be distinguished from a simple feeling of tiredness. I have seen an example where my client has explained, that even though he becomes severely fatigued at around 6 p.m., when he goes to bed to rest, he is unable to fall asleep for five hours. Those five hours can be a very frustrating and tortuous experience, especially if the person then only gets about 3 hours of good quality sleep. This can very easily become a vicious cycle for both tiredness and fatigue hampering the entire rehabilitation process.

Aside from the effect fatigue has on the rehabilitation process, it can impact negatively on the simplest daily life activities that most people take for granted. I could give many examples of this thereby turning this blog into an essay. Therefore, I will just settle on one by way of example; communication. Brain injury presents its own challenges which forms barriers for effective communication such as speech and concentration problems. If fatigue is then added to that mixture, the results can be very volatile. For example, individuals with speech problems have to exercise a much higher level of concentration when trying to communicate with others, which brings about the fatigue problem even quicker thereby affecting the quality of the speech. This in turn, can cause severe frustration and affect the person’s relationships and general mental health.

Treatment of post traumatic fatigue includes pharmacology, rehabilitation and re-adaptation but the importance of sufficient and frequent professional input cannot be over-emphasised.

At Bell Lax, we have experienced brain injury lawyers who understand the challenges arising from brain injury and the professional input which is essential for such individuals.

To celebrate the end of the Action for Brain Injury Week, and ‘Hats for Headway Day’, below are some photographs of our staff in ‘wacky hats’. Thank you to all our staff for their generous contributions to Headway! 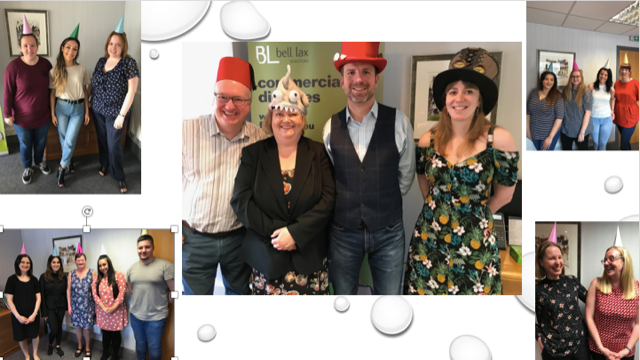 Even the most sophisticated companies can fall victim to ransomware and online blackmail. However, as a High Court ruling showed, judges have a formidable arsenal of powers to tackle such abuse and are on duty day and night. The case concerned a company...
Read more

http://www.guardian.co.uk/media/2012/mar/08/sun-news-of-world-publisher-police-judge ...
Read more
Your choice regarding cookies on this site

Some cookies are essential, whilst others help us improve your experience by providing insights into how the site is being used. The technology to maintain this privacy management relies on cookie identifiers. Removing or resetting your browser cookies will reset these preferences.